Ukraine is getting help in polkadot donations. Some people are angry. 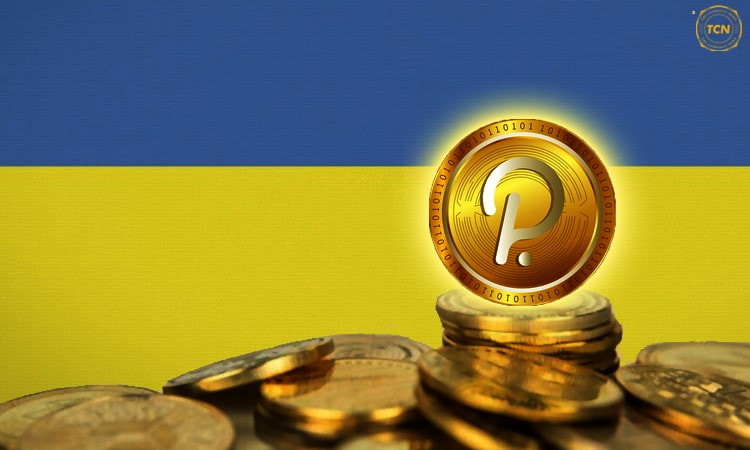 Polkadot donations are the new form of donation by which Ukraine is getting the donations. The people of Ukraine are very much grateful for the support in all forms and especially in donations from the crypto community globally as they can protect their freedom.
Currently, Ukraine is accepting the donation in BTC and Etherium and other small coins and on the demand of the owner of the Polkadot to create the Polkadot donation address so he can donate $5 million direct from their wallet to Ukraine address directly
they are now accepting Polkadot donations too directly in their wallets with some other coins like BTC and Ethereum.

The people of Ukraine are grateful for the support and donations from the global crypto community as we protect our freedom. We are now accepting Polkadot donations too: $DOT: 1x8aa2N2Ar9SQweJv9vsuZn3WYDHu7gMQu1RePjZuBe33Hv.
More cryptocurrencies to be accepted soon.


Gavin Wood is the Founded Polkadot, Kusama, Ethereum, Parity, Web3 Foundation. Building Polkadot. All things Web 3.0.
He recently donated rupees $5million to Ukraine in their Polkadot donations address to help them to fight against the Russians and Ukraine is very much grateful for his efforts. And the Ukrainians are working for a peaceful country on the other side the Russians want something else.

The people of Ukraine fighting for our freedom are forever grateful to Gavin Wood @gavofyork for the generous donation of $5M of @Polkadot $DOT as promised publicly. Thank you from all of us here in Ukraine working for a peaceful future 🇺🇦

Some People are angry on help in Polkadot donations

As some people are angry with the CEO of Vechain and Polkadot the reason for that is why are they using their own platforms like Polkadot donations address and vet address and ask Ukraine to create their address on their platform of they want to help they can in whatever address Ukraine accepts.
Rivals are at the stake yes but in the structure of the peace and in helping you can use other platforms as well.
Some people criticize them to use this method as a marketing strategy for the Polkadot and Vechain at the time of war when people are losing their lives for the sake of their country and some people tend to market their product.
Some people criticize the Polkadot and Vechain owners with some other millionaires who are donating million that where are they when Syria need aid and help and where are they when Iraqis, afghanis need help. Will they do the same for them as they are doing now?
In the opinion of some people, the money should be given to some private foundation which can help the poor people of the country and not the government t because the government only use that money to buy the ammunition and for feeding the soldiers, volunteers, and these are the priorities of the country to save than their county first then on the other things which are not a priority for the government at the moment.
On the other hand, Ukraine already raised million of donations in the form of BTC, ETH, and Polkadot donations. The government is using the money for buying the ammunition and from the latest news, they are buying bulletproof vests and night vision goggles using the money coming from cryptocurrency.