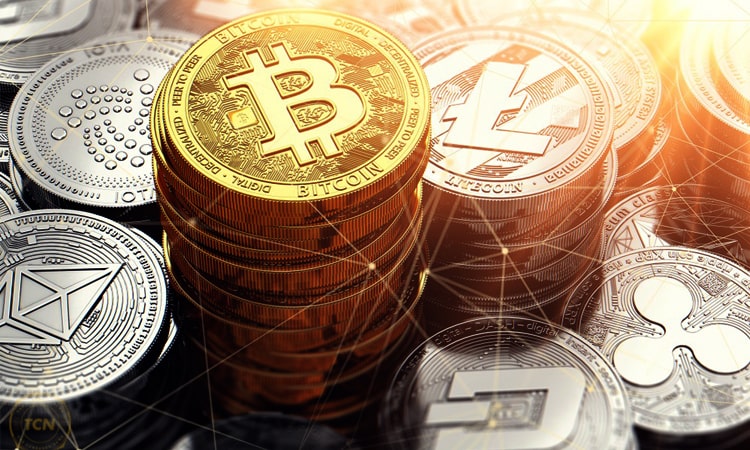 We know cryptocurrencies as emerging ways for transactions and payments across the globe and some countries also made it legal ways of transaction.

Bitcoin is a decentralized digital currency which is created in January 2009.it is a white paper idea by a mysterious man named Satoshi Nakamoto. The identity of this person is a mystery yet no one knows if it’s a person or company. Bitcoin offers lower transaction fees than traditional online payment through some banks or other means, and unlike government-issued currencies, it is operated by a decentralized authority.
Bitcoin is known as a type of cryptocurrency because it is based on cryptography which makes it secure. There is no physical existence of bitcoins, only the transactions/balances kept on a public ledger that everyone has transparent access to it. All Bitcoin transactions are verified by the process which is known as “mining.” Bitcoin is not handled by any community or any government. Despite it not being legal tender in most parts of the world, Bitcoin is very popular and it is the reason for the launch of hundreds of other cryptocurrencies, collectively referred to as altcoins. Bitcoin is commonly abbreviated as BTC all over the social media and market where we can trade with bitcoin.

Ethereum (ETH), is also a decentralized software platform that enables smart contracts and decentralized applications (dApps) to be built and run without any fraud, control, and interference from a third party. It is the first direct competitor of bitcoin as well. The goal behind Ethereum is to create decentralized financial products that anyone in the world can use freely and have access to, regardless of nationality, ethnicity. This aspect makes the implications for those in some countries more compelling because those without state infrastructure and state identifications can get access to bank accounts, loans, insurance, or a variety of other financial products.
The applications on Ethereum are run on a platform called ether, its platform-specific cryptographic token. Ether (ETH) is like a vehicle for moving around on the Ethereum platform and is handled by the developers looking to develop and run applications inside Ethereum, or now, by investors looking to make purchases of other digital currencies using ether. Ether, it is launched in 2015, is currently the second-largest digital currency by market capitalization after Bitcoin, although it lags behind the dominant cryptocurrency by a significant margin.5 Trading price is about $2,500 per ETH as of January 2022, ether’s market cap is more than over half of equal to bitcoin.

It is launched in 2011, it is one of the first cryptocurrencies to follow in the footsteps of Bitcoin and has been referred to as “silver to Bitcoin’s gold.”11
It was created by Charlie Lee, he is an MIT graduate and former Google engineer.
It is based on an open-source global payment network that is not controlled by any central authority and uses the script as a PoW, which can be decoded with the help of consumer-grade CPUs(central processing units). Although Litecoin is almost like Bitcoin in many ways, it has a faster block generation rate and thus offers a faster transaction confirmation time to many other coins.
Other than developers, there are a growing number of merchants that accept Litecoin. As of January 2022, Litecoin has a market capitalization of $7.3 billion and its value per token is $105, making it the 22nd-largest cryptocurrency in the world.

Cardano (ADA) is an “Ouroboros proof-of-stake” cryptocurrency that was created with a research-based approach by engineers, mathematicians, and experts of cryptography. The project was co-founded by Charles Hoskinson, who is one of the five initial founding members of Ethereum. After having some disagreements with some directions that Ethereum was taking, he left and later helped to create Cardano.
The team behind Cardano created its blockchain through a number of experiments and peer-reviewed research. The researchers behind the project have written more than 120 papers on blockchain technology across topics. This research is the backbone of Cardano which helped at a very vast level to create Cardano.
Due to this process, Cardano seems to stand out among its PoS peers as well as other large cryptocurrencies. Cardano has also been called the “Ethereum killer” because its blockchain is said to be capable of more than it achieved. That said, Cardano is still in its early stages. Though it has beaten Ethereum to the PoS consensus model, it still has a long way to go in terms of Defi applications.

Polkadot (DOT) is a unique PoS cryptocurrency aimed at delivering interoperability among other blockchains. Its protocol is designed to connect the permission and permissionless blockchains as well as oracles to allow systems to work together as the same rule under one roof. Polkadot’s main component is its relay chain, which allows the interoperability of varying networks. It also allows for parachains or parallel blockchains with their own native tokens for some specific use cases.
Where Polkadot is different from Ethereum is that rather than creating just dApps on Polkadot, developers can create their own blockchain while also using the security of the Polkadot’s chain. With Ethereum, developers can create new blockchains but need to create their own security measures, which can leave new and smaller projects open to attack because of the larger a blockchain. This concept in Polkadot is known as shared security.
Polkadot was created by Gavin Wood, he is another member of the core founders of the Ethereum project who have different opinions about the project’s future. As of January 2022, Polkadot has a market capitalization of roughly $19 billion, and the price of one DOTwhen traded is $17.70.

Bitcoin Cash BCH holds an important place in the history of altcoins because it is one of the earliest and one of the most successful hard forks of the original Bitcoin. In the cryptocurrency world, a fork takes place as the result of debates and arguments between miners and developers. Due to the decentralized nature of digital currencies, wholesale changes to the code underlying the token or coin at hand must be made due to general consensus; the mechanism for this process varies according to the particular cryptocurrency.
When different factions can’t agree, sometimes the digital currency is split into many parts, with the original chain remaining true to its original code and the new chain beginning life as a new version of the prior coin.

BCH began its life in August 2017 as a result of splits. The debate that led to the creation of BCH had to do with the issue of scalability; the Bitcoin network has a limit on the size of blocks: 1 megabyte (MB). BCH increases the block size from 1MB to 8MBs, with the idea being that larger blocks can hold more transactions within them, and the transaction speed would therefore increase.18 It also makes other changes, including the removal of the Segregated Witness protocol that impacts block space.
As of January 2022, BCH has a market capitalization of around $5.3 billion and its price for one token is $280.